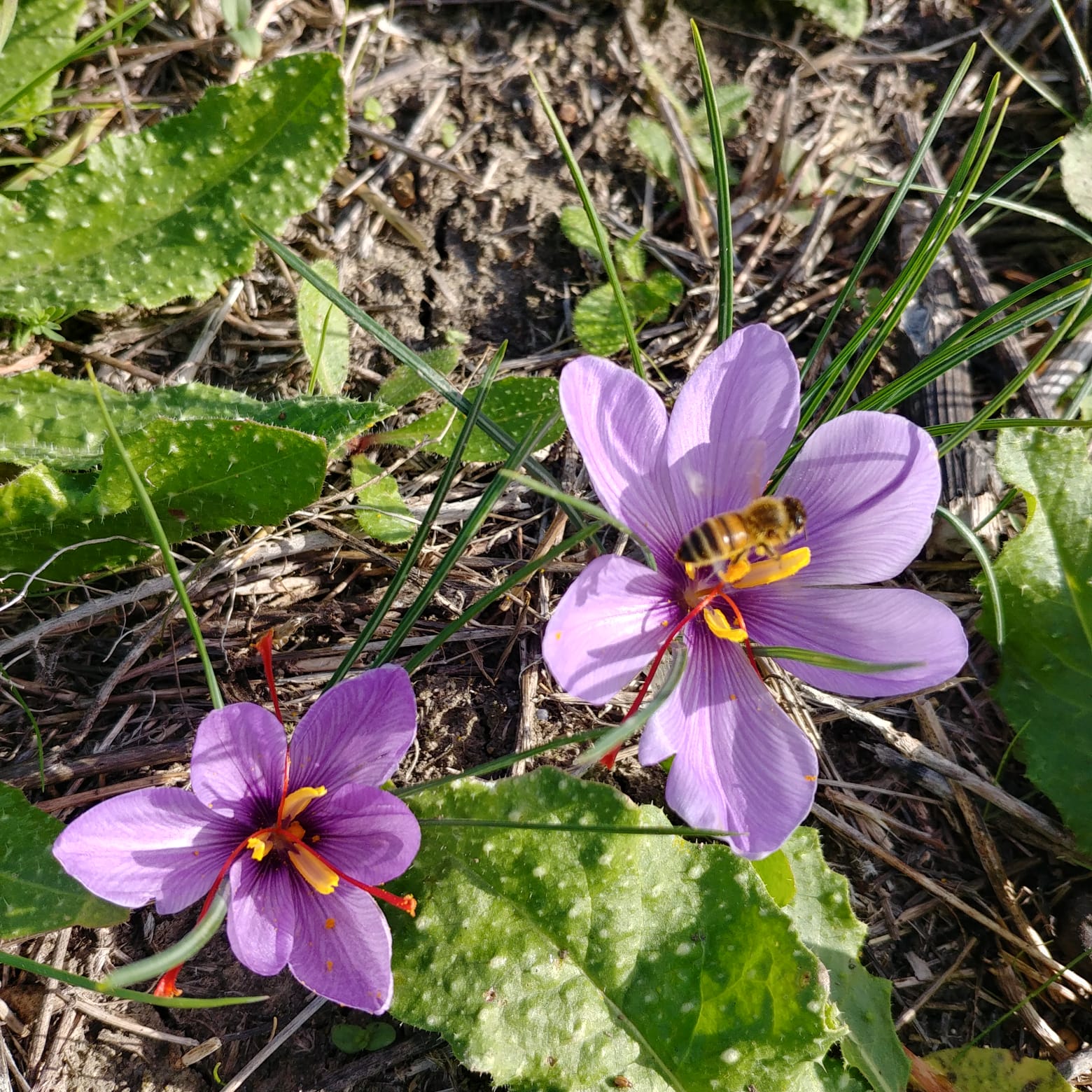 Posted at 08:00h in Art, Experiences, Sardinia by Francesca Montisci

San Gavino Monreale on a day trip is the best way to discover its colorful world.

There is a moment of the year, during which some fertile part of the Campidano plain, in the south of Sardinia, take a beautiful purple color. That is because, around the month of November the saffron flowers blossom and it is a real event.

Among the places where the saffron flowers are planted there is San Gavino of Monreale, which today produces 60 % of Italian saffron. During the harvest day, all the village is involved, adults and children work together to get as much as possible to be sold: the saffron has been considered the red gold for centuries here. The spice arrived in Sardinia from the Middle East through Spain, and today is used in the pasta’s sauce such as “malloreddus alla campidanese”, to make wonderful liquors, and several traditional pastries such as “is pardulas”, so delicious!

San Gavino Monreale is not only the saffron’s capital, but it has also been crucial for the island’s history. The location is highly strategic, settled close to Sardara, where since the Neolitic time there was human presence. In the area there is a thermal area where Phoenicians and Romains settled down. Then several little settlements, around the 11th century, dedicated a church to Saint Kevin one of the important martyrs of the island and the “new” city was founded.

In the same century was built on a hill the castle of Monreale, which gave the name to the city. The medieval castle was part of the fundamental buildings that controlled the borders between the Arborea’s and Cagliari’s kingdoms. The lords of Arborea owned the castle, had a prison in it and used the ancient church as a royal chapel. We are able to confirm this, since inside the romanic church there are sculpted the faces of the four most important Arborea’s lords: Mariano IV, Ugone III de Bas-Serra and the famous princess Eleonora of Arborea and her husband Bancaleone Doria.

In the more recent history, from San Gavino there is the railway towards the island’s capital: Cagliari. For this reason, at the beginning of 20th century, the mining industry opened the biggest foundry in Europe, for metal castings arriving from the fundamental mines of Monteponi and Montevecchio. Lots of people moved to the city to start a new life, with a better job and future. Today the foundry is not active anymore, but there is a museum about its history, would not visit it to dive into the past?

Several years ago, something really sad happened in the quiet city of San Gavino: a young boy died, his nickname was “Skizzo”, which in English means sketch, he loved to draw and make art. After his death, his group of friends organized numerous events and the locals really appreciated. They founded a cultural association and started rising money for it: then a great idea came up! A street artist locally born, but living between New York and Tulum, Jorghe (Giorgio Casu) made the first murals talking about Skizzo. The next few have different themes but they all have in common the link to Sardinia, its past and the local history. He made one “Pavoncella” traditional lapwing, “Don Quixote”, and “Eleonora” referred to the Sardinian princess Eleonora of Arborea.

Today San Gavino Monreale is not only the saffron capital, but also an open-air museum where you can find more then 60 painted walls (check the map here). International artists such as Francesco Del Casino, who started the murals’ art in the island in 1969, Mamblo, Ericailcane from Belluno, Bastardilla from Colombia and Spaik from Mexico. The one I preferer is “su bixinau de Aristanis” made by Sergio Putzu, in which we have the faces of all the people that lived in that area of the city: one of them was my great grandmother Brigida.

Every time I come here I wonder how life was it when they were here. I try to imagine the smell, the color of the houses and the music of the nature without traffic and stress. I try to imagine my great grandmother, and my grandfather coming home from the foundry by bike. All of them are still in my memory, I am happy to talk about them and about San Gavino: I feel part of its history, its history is part of me.

If you decide to come here and enjoy all the beautiful secrets of this area traveling from Cagliari is perfect, since it isn’t particularly far: you can reach it by car with just 56km, or by train in less than one hour. The only problem is that the territory is full of attraction: Sardara with archeological sites, Castle of Monreale, Villacidro and San Gavino. So, when you look for a place to stay and wander around I really suggest you to book a room at Sardegna Termale Hotel and Spa, where you not only will enjoy the staying, but you will relax in the thermal hot waters of the hotel.

What are you waiting for? Let me know what you think about it in the comments.

If you are looking to experience such a day, then click here and book your tour!