What’s in a glass of wine? 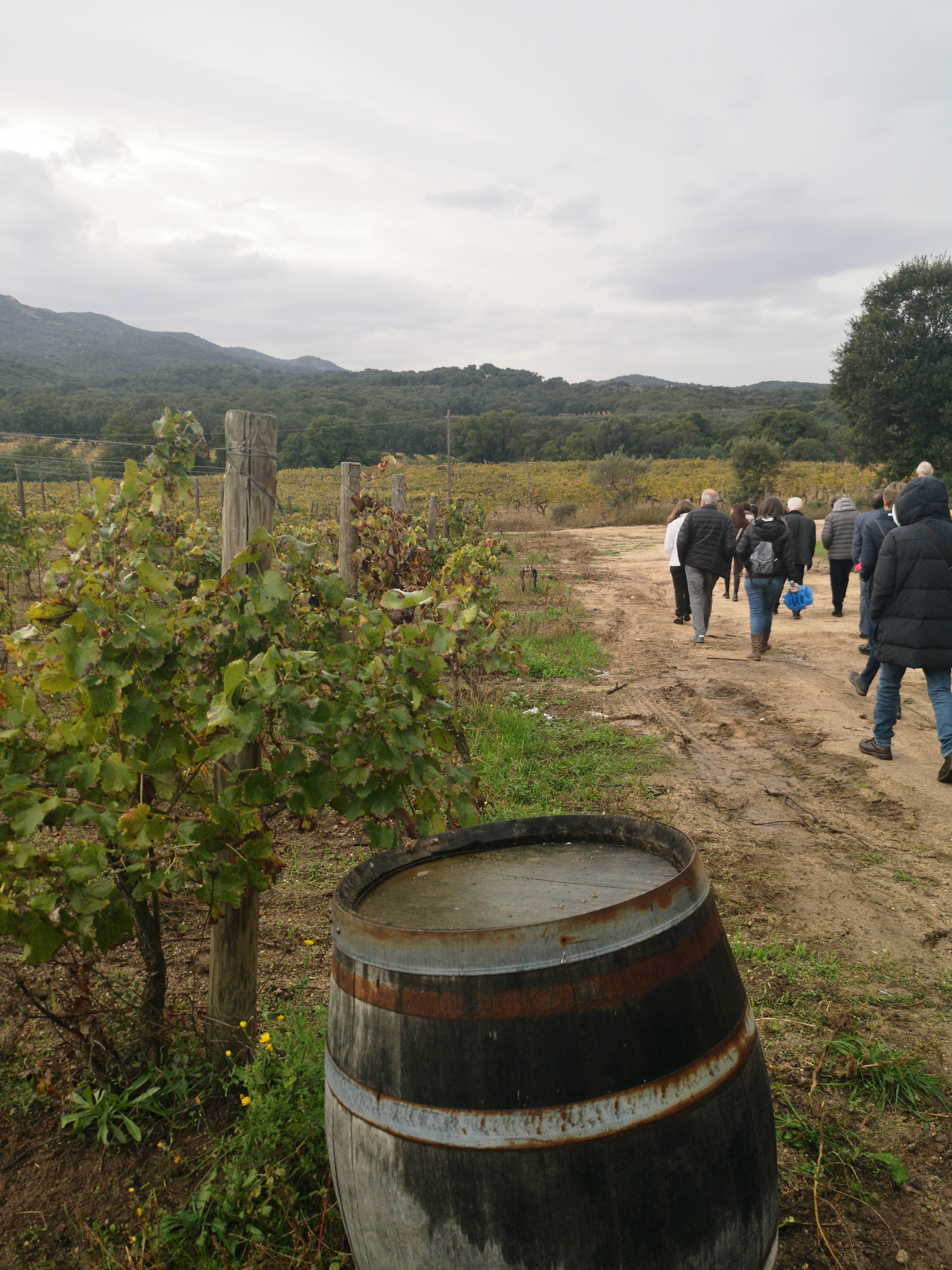 Posted at 07:54h in Adventure, Experiences by Francesca Montisci

Have you ever asked to yourself, what’s in a glass of wine? where the wine you are drinking is coming from? How much work and history is it hiding? How did all these details influence the feeling you are living while drinking?

Recently I have been in the area of Sardinia where the granite rocks meet great terroir and create one of the best white wine you will try on the island. Looking forward to have it and your mouths turned water?

Let’s go back in time first!

The wine from the origins

Even though most of the mythology tells us that grapes’ trees were brought to Sardinia by the Greeks, recent studies discovered another reality.

In Sardinia, already during the Bronze Age, the local people used to produce wine. The discovery that changed the way we look at our landscape was hidden in a nuragic press. The press, after several analysis made by the paleobotanists gave us the information that during the Bronze Age (900 BC) local people knew how to make wine. The press, made from sandstone, was founded in the area of Monastir, not far from Cagliari, on the Mount Zara, in 1993 by the archeologist G. Ugas, but only in 2016 the organic material and the crystalized tartaric acid founded was analyzed. The Nuragic press is today one of the oldest of the Mediterranean area.

Producing wine did, of course, require a system of seeds’ conservation. In different Nuragic settlements, in fact, archeologists have founded wells which were used as refrigerators. The best example is the Nuraghe Sa Osa in the area of Cabras, where inside the settlement’s well they founded several layers of vine seeds during a period of 600 years (from 1400 BC to 800 BC). The vine seeds’ during that period were of the same kind of grape. Other places where we had similar discovery are the Nuraghe Adoni, Nuraghe Genna Maria and the village of Duos Nuraghes. Objects that were used with the wine, for example bronze bowls, were actually founded and some of them were imported from the east area of the Mediterranean sea.

Believing in discoveries can be difficult if we can not see it with our eyes. An evidence of the uniqueness of Sardinia and its land is that still today wild grapevines exist and have a steam of 135 cm of circumference. This amazing vine is in the central area of the island, in Bacu Biladesti, an area of Urzulei, close by Genna Silana.

Saying that the wine was made first in Sardinia is incorrect, but it is as incorrect as saying that grapevine arrived from somewhere else, brought by the Greeks, Romains or Spaniards. All the grapevines that arrived from outside of the island were then mixed with the local wild grapevines. And if you are curious about this topic, then in the town of Berchidda you can find the wine museum, interesting spot for your trips around the island.

The wine and its people

The land is one of the important details that will influence the quality of the wine, but not the only one. Important are all the people that are working and loving their land, mutating their passion into real treasures. In the area there are several examples, and we decided to meet two of them.

After leaving the museum of the wine, we take the road in direction of Monti and among all the cork trees we stop by the huge land of our colleague Fausto. More than 200 hectares are managed by him, with the help of his father, and sometimes few workers. Part of the holding are also 1000 sheep, and some ancient stazzu, that keep Fausto deeply linked with nature and rural life. For me and my group, it was a pleasure to see how the animals are treated inside the company, and we took advantage to try to milk the sheep. He told us several stories in front of the lit chimney, as we did in the past. We imagined, when his father had to bring the sheep up to the mountains to let the grass grow, and then come back in winter. In this beautiful context, Fausto also dedicated 3 hectares to wine production, and his white wine is wonderful.

Somebody else that cares about the land is Giordano Emendatori, that a year ago bought the old domain of Masone Mannu, owning already the Tenute Mara in the Emilia Romagna region. His choice was determined by the willing of developing first a biologic and then a biodynamic wine production in Sardinia. This way of producing the wine ban all kind of pesticides in the fields and tanks, using the natural rhythm of the trees, and giving back to the ground the nutriments to revitalize it.

This is possible to make thanks to green manure, group of legumes such as bean, lupines or clover, that naturally fertilize the earth with phosphate and nitrogen. In order to lose less grapes, the Doct. Marchi the oenologist explains, they use some copper and sulfur sprayed on the plants. This avoid little insects destroying the plants and then the grapes.

This place’s name Masone Mannu’s domain, in the Sardinian language means “Big domain”. Today they own 10 hectares, but the owner is planning to buy some other 10 hectares. Now in the project of Emendatori there is the change of the wood supports of the vine trees.

Walking around the domain we discover that they have several wines. In their production there are three different red wines, a rosé, and three vermentino white wines. For each type they represent some of the best local grapes.

For the red wine they offer a Cannonau, the Zojosu, and two Isola dei Nuraghi IGT, Entu and Zurria. The rosé is also a wine Isola dei Nuraghi IGT, Zeluiu. For the white wine they offer three different vermentino DOCG, that is the highest wine certification in Italy. The Vermentino is the only wine in Sardinia that receives this certificate. Roccaia superior, Costarenas that received three glasses of the Gambero Rosso wine list, and Petrizza. The vine trees of this production are older than 35 y.o., if only they could speak. The three of them tell us about the granitic territory where they grew, the history they lived. For that reason, the bottles have labels made out of cork, just as the cork trees forests that surrounds the domain.

In the reality of Sardinia, today we have some ancient elements mixed with the new ones, in a sense even the wine is one of the results. There are Nuraghes built according to the sky and the stars, just as a calendar that gives us information about the moment of the harvesting or the sowing. The Cannonau we drink today is probably very similar to the one our ancestors drunk. Thank to our history, today you can discover wonderful wines in Sardinia. Don’t you want to try them all?